Today, this New Year’s Eve, I’m going to take you on a two-year journey in just over 1100 words from the birth of Cast Iron Canteen to the launch of Intelligentsia Living. If you missed my last post, I talked about what I’ve been up to over a long period of silence.

I started my food blog Cast Iron Canteen on a whim in February 2014 feeling a couple of things (some of which you may also be feeling):

I plugged away and continually learned about how to successfully build and run a website. I allowed myself to enjoy food, even if I felt guilty for being indulgent. That indulgence hurt my waistline and put food blogging low on the priority list. I began to feel as early as six months in that my commitment would be unsustainable. This is typical of me–I am always taking on too much.

Cast Iron Canteen connotes a kind of simple country ruggedness. I grew up like most young girls dreaming of the day I could drive myself wherever I wanted because walking there would be impossible.

But it took some serious waking up with myself to acknowledge that as much as I used to identify with that person, I have actually lived in an urban environment for a third of my life by choice–my entire adulthood really. At some point I’ve called suburban Philadelphia, St. Petersburg, Moscow, Toronto and now Vancouver home.

Cast Iron Canteen somewhat fit the hipster neighbourhood I lived in but only in an ironic way. But that was not me. I never found a way to make my content fit the brand. I just wrote about food, the food itself was kind of all over the place, and so was I. I might have been raised in the country, but that fact no longer reflects the values and things I identify with now. I was also limited to food only, although I occasionally had off-the-food topic posts.

I’ve done enough brand work and coaching for others to know that I was making a ton of mistakes with myself. My brand needed to reflect the whole of me as a person to be sustainable and have room for growth. A brand that has what I value (intelligence) at its core purpose. And it took me probably two years of letting it all soak in until I could finally see it all come together. Sometimes it is so much harder to know yourself than others. I can see in others’ situations what is very difficult to see in my own.

With all that said, I’m now proud to introduce Intelligentsia Living, which is all about living a “smarter lifestyle.”

What does Intelligentsia Living mean?

I’ve always been devastated by the bent of anti-intellectualism that pervades in the American media discourse. I, like a lot of people, believe America is great because it is everything: the good and the bad, but that on the whole, the good outweighs the bad. The system is not right and is definitely unjust to a lot of people, but the frameworks are in place to make it right. And if people are rational and sensible, we can conquer a lot as a society to make it better. We CAN make it right.

But a lot of things get in the way.

Are TV and the internet making us dumber or smarter?

Do we know more but understand less?

When you speak, do you actually think or just repeat what you heard elsewhere?

It is my hope that as humans we would care about both the best flavored popsicles and making our society more just.

But if Intelligentsia Living sounds like too much or doesn’t resonate with you, please unsubscribe, I won’t be offended. I choose not to hear vitriol from the media to preserve my positivity at times. You will have an unsubscribe button at the bottom of every email. I think that the new brand will allow me to be myself more, which means more valuable (and more frequent) content for you as readers. And that means better for everyone.

It is my hope you will join me on this journey to smarter living. 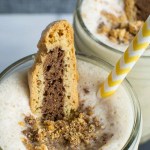 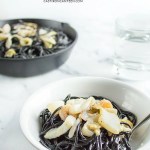 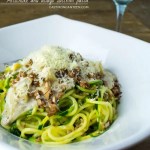 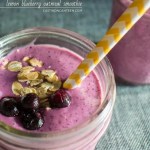 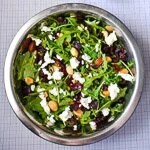